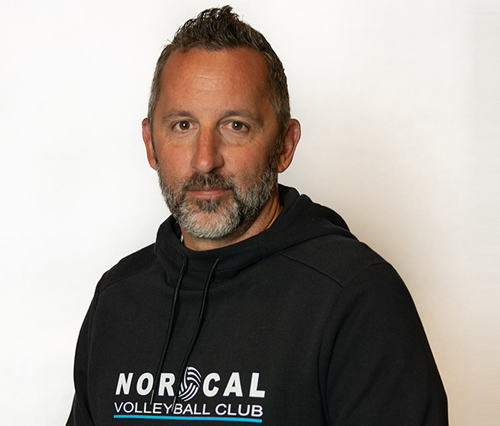 After 12 seasons as the Head Indoor and Beach Volleyball Coach at Gavilan College in Gilory, Kevin Kramer has brought his experience back to the Bay Area and enters his first year with NorCal Sand Volleyball.

During his tenure with Gavilan, Kramer led the Rams to six Conference Championships on the hardwood, 10 consecutive trips to the CCCAA State Regional Playoffs, and two trips to the California State Championship Tournament. Throughout that span, over 40 players from the indoor and beach volleyball programs signed to play at the four-year level, with over 165 academic awards given to players from the two programs. In Fall of 2018, Kramer was selected as the Northern California Community College Volleyball Coach of the Year, and was recognized as the 2018 AVCA Two-Year College Southwest Region Coach of the Year.

While serving as the President of the California Community College Coaches Association, Kramer was an integral part of the development and the adoption of Women’s Beach Volleyball as a sanctioned sport in California Community College. Gavilan became one of only five Northern California Community Colleges to play in the inaugural season, and quickly became one of the top programs in the state. To date, there are now 42 colleges participating in Beach Volleyball at the 2-year level in California, which has allowed it to become one of the fast growing Beach Volleyball organizations in the country. During his time as the coach of Gavilan Beach, the program was represented by at least one pairs team in every State Tournament, was home to the 2017 Northern California Pairs Champions, and qualified for the State Final Four Team Championship in 2018. With Beach Volleyball emerging at the four-year level at this time, Kramer helped place numerous players at the four-year level, with five former players capturing National Championships with their Universities.

Kramer recently made the tough decision to leave Gavilan College to accept the Dean of Health, Kinesiology and Athletics position at Chabot College in Hayward, where he oversees the Gladiator Athletic Department, and all of the Allied Health programs at the college.